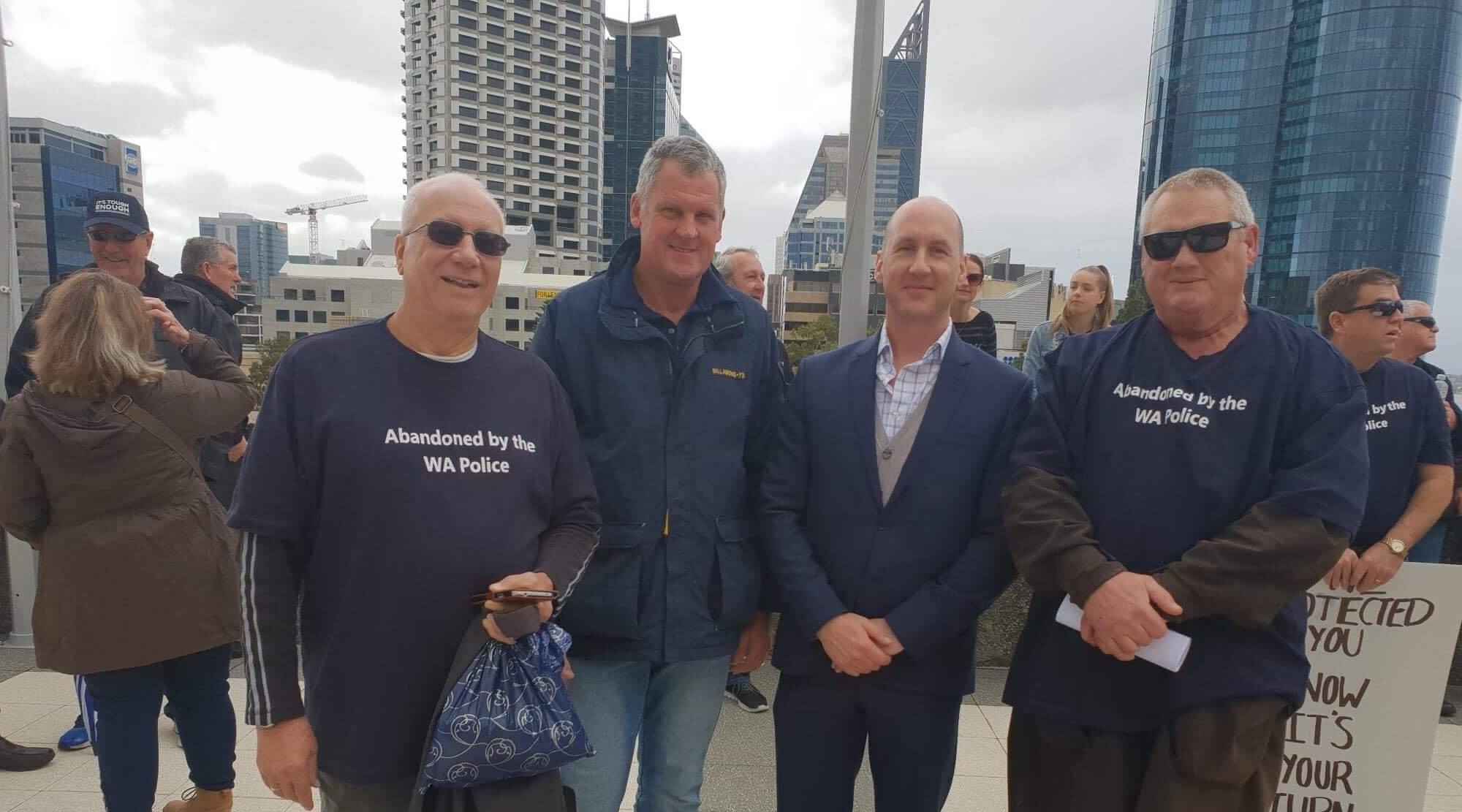 Charles Smith MLC shares his thoughts on law and order in WA in part two of his interview with State.

Charles Smith is a Member of the Western Australian Legislative Council, representing One Nation in the East Metropolitan Region since the 2017 election. Charles became a Platinum Sponsor of the UWA Politics Club in 2018, and kindly agreed to sit down with committee member Tyler Walsh for an interview this July.

Part Two of this interview focuses on the topic of law and order.

From the perspective of a former police officer, what would you say is the biggest crime issue in Perth at the moment?

Well, really what binds all the crime together, I think, across not only Australia or Western Australia, but most of the Western world, is this so-called ‘meth crisis’. It seems to intertwine crime – burglaries, stealing, domestic violence – the whole lot is all bound in meth use and alcohol abuse.

So it’s those two causal factors – drugs abuse, alcohol abuse – which generates all that kind of what we call volume crime; the burglaries, the stealing, the trespassing, the assaults, the domestic violence, all stems from those issues. So really, the attack on meth and the so-called ‘war on drugs’ is the key, really, to decreasing the crime rates. And that’s now becoming increasingly higher on the political agenda, the so-called ‘war on crime’.

People are now talking about decriminalising drugs, legalising drugs, all that kind of thing. They’re talking about what they’re doing in America, they’re legalising marijuana. In Colorado, Amsterdam, Portugal, all these kinds of places who are looking at doing similar things, and having similar approaches to try and stop that black market in drugs, and the flow-on effects of all the things I’ve just mentioned – the burglaries and so on. So, I mean, I’m keen to look at those issues as well.

I’m talking to lots of groups about decriminalising drugs and all that kind of stuff. I’m happy to look at decriminalising marijuana, the pros and cons and so on, as a different approach, because obviously locking people up for personal possession of cannabis or meth is almost pointless. We need to treat that in a different way apart from a criminal way. So I’m keen to explore those avenues of what we can do differently. I talk to Aaron Stonehouse (Liberal Democrat MLC for South Metropolitan Region) on a regular basis about all of these issues.

What would be the ultimate strategy for Australia to get tough on crime?

Well, crime, of course, is broad-ranging – it captures lots and lots of different offences. So if we were to stick to those major issues around drugs and things like that, which drives most of the crime we do see, I think it’s imperative that those people who produce, manufacture, and distribute drugs around the country, trafficking, are dealt with pretty harshly. I did try to introduce an amendment into parliament for a minimum five-year term for trafficking of meth, which was defeated, unfortunately, by one vote in our upper house, which was a great shame, but a nice victory for me. So things like that, the main factor, distribution and trafficking of drugs, I think needs to be dealt with harshly.

I’m a fan of mandated minimum sentencing for a whole range of offences. And again, treating drug addiction as a health issue, and I think exploring mandated treatment for the users who are committing crime should be looked at as well. So, get them clean, if they’ve committed an offence requiring custodial sentencing, then go and do a custodial sentence. But I think the state getting those people clean, stopping the demand for drugs, is what we need to do as well. There’s next-to-no facilities, in WA at least, for that to happen. There’s no drying-out clinics or anything like that readily available to addicts. There’s a few private ones – there’s the Shalom House, he only takes a few people at a time – so it’s stuff like that I think we need to explore as a government to stop the demand. And it is do-able, I mean, he’s shown that it is do-able.

I’m also keen to look at managing offences. I mean, we’ve had people talking about confiscating mobile phones if people are caught using their phone in their car. Dangerous driving, things like that, hooning, I’m keen to have the car crushed after the first offence, stuff like that. These are just my own personal ideas.

So, really, those anti-social crimes which have a big effect on the community, out-of-control noisy parties, I think we need to be firmer with those. I’m a fan of fining the parents who hold these out-of-control which just ‘suck-in’ all the police resources and the rest of the district then has no police for hours and hours at a time. We’re talking about sucking 20-30 police officers for these out-of-control parties, then the police get pelted with bottles and broken glass, and it’s just mayhem for those communities. So I think people should be fined heavily for that as a disincentive.

And I think we need to re-examine prisons, what we use prisons for. Are they places where the state punishes people for breaking the law? Are they places for rehabilitation where prisoners are re-introduced to normal life, and they can go out, get a job, get a house, all that kind of thing? Because at the moment, they seem to be what people term as ‘3-star holiday camps’ where the community is just given a break for a few months, while the prolific burglars, for example, go for six months and the community has a break from their burglary. As soon as they come out, they just continue. So I think we need to re-examine what prisons are for.

I did see a poll on your Facebook, actually on this question, because you did mention the justice system, sentencing, is that too lenient?

I personally perceive sentencing in the majority of cases to be quite lenient. I think that’s echoed by other peoples’ comments. It’s not uncommon to read about that in letters to the newspaper, with weak sentencing for quite serious offences. The guy who killed his girlfriend or friend, recently going out of the state, $2,500 fine for his dangerous driving causing death, I mean, it’s pretty pathetic, you know? And that family has actually contacted me for assistance on that matter.

You know, not only is it weak sentencing, it’s quite insulting, I think, to the victims. And I think the victims play second fiddle in our justice system. All the emphasis seems to be going on the criminal, and the reasons why they committed the crime, rather than on the state having restitution for that crime and defending the victim who’s been offended against.

Read Part One of the interview here and Part Three here.